The Folk Club has been cancelled on Friday 27th March due to the Coronavirus lock down, this will be the case no doubt for future meetings, we will keep you posted on any changes to this here on the website and on our facebook page.

In the meanwhile, stay safe and we’ll see you on the other side.

When you think about it, we’ve done a lot to be proud of since October 2012.

Cruden Bay Folk Club have been meeting at the Kilmarnock Arms Hotel in Cruden Bay, since October 2012. Regular club nights are held on the last Friday of every month from 9:00 pm, until around midnight and it’s not a bad idea to have a meal at the hotel before hand, that way you can be sure of a seat when things busy up later on, to reserve a table just call the hotel on 01779 812213.

The format of the evening is usually played out in two halves, the first half being a more structured open mike session with individual performers invited to play to the audience, during this section a PA system is available. There will then be a short break during which time there will be a wee raffle to raise funds, prize donations are always very much appreciated.

Obviously it’s difficult to know in advance how many players might turn up for a slot in the open mike session, on busy nights we keep the mikes open into the second half of the evening to ensure that every one who wants to, can perform their piece, then finish things off with a session when everyone can get involved.

Although called Cruden Bay Folk Club, we welcome a much broader range of musical genres with an anything goes attitude to what performers can choose to play.

So if you can make it to Cruden Bay on the last Friday of the month you’ll be made most welcome at Cruden Bay Folk Club, so get the date of our next meeting in your diary and we’ll see you there.

Check out our facebook page for club night feedback.

This little video trailer features footage of our first club night in 2012, back then the club was meeting in the Lounge Bar of the Kilmarnock Arms Hotel.

More recently our club nights have been held in the dining room of the Killie, a warm and welcoming space which is ideal for our regulars and visitors. The club has met regularly since 2012 and over the years we’ve captured some great moments on video which you can check out by visiting our video archive page, just click here. 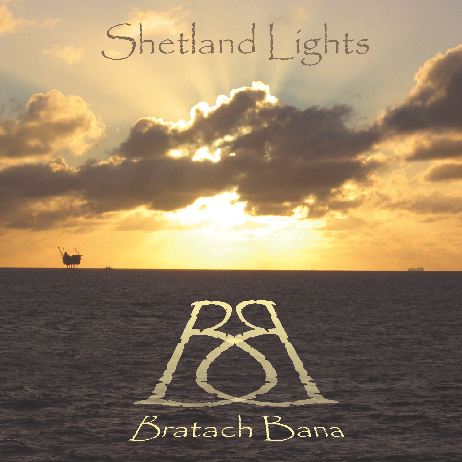 In 2006 a group of local musicians formed a band called Bratach Bana who recorded the highly acclaimed album, Shetland Lights.

At the heart of Bratach Bana was our Folk Club Secretary Scott Thompson, who along with 5 other talented performers launched their seminal album at the 2007 Stonehaven Folk Festival.

Cruden Bay Folk Club are pleased to announce that we now have in our possession the remaining copies of this fantastic album and they are now on sale through the club for just £5.00, with all proceeds going towards the clubs charity fund.

Can I buy a Bratach Bana CD

Our workshops run throughout the year and including popular drumming and singing events. They are generally held in the village or at St.James’ church, and are always well attended.

Keep an eye on this page or on our facebook page for the confirmed dates of future events, our next drumming workshop will be in February, dates to follow soon. Here are a few links to previously held workshops so you can get a better feel for what it’s all about.

If you don’t want to miss out on any of our Club Announcements, all you have to do is join the distribution list further up this page.