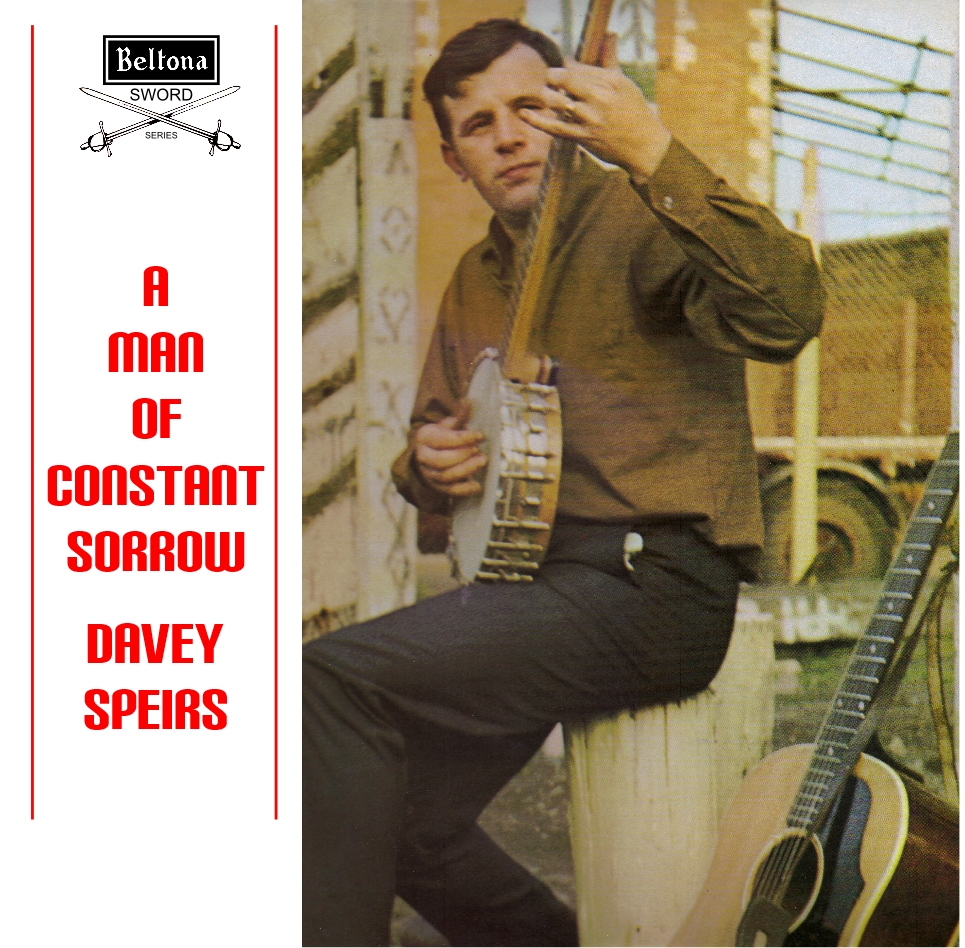 For those of you hearing Davey’s music for the first time you are in for a real treat, the bare-bones arrangements only serve to focus the listener’s attention to the story within the song and the power behind the voice compels you to feel the sincerity in every tale as it unfolds. The guitar and banjo set the mood and Davey does the rest. For anyone hearing these songs after so many years’ recollections of the above will come flooding back.

These however are not meant to be sleeve notes, I’d like to use this space to tell you a little of Davey Speirs. Davey taught me (and countless others) to play guitar and introduced me to the wonderful playing and songs of his contemporaries. On any given night you could drop into Davey’s and share tea and supper with the likes of John Martyn, Billy Connolly, Hamish Imlach, Dave Campbell, Martin Carthy and the list goes on. But, no matter who was there, if you turned up you got an instrument thrust in your hand and played along with everyone else sink or swim.

As well as being a consummate performer Davey the teacher didn’t just teach guitar, he introduced you to the music, the lifestyle, the politics and humour from several generations the world around. The eclectic collector, in fact truth be told, Davey would need a bigger house if half the folk that borrowed an Album (CD) to learn just one track returned them, I’m beginning to feel pangs of guilt as I write (sorry Davey). It is with this in mind I and many others felt it was only right that future generations got the opportunity to hear these songs performed once again as only Davey can sing them.

Special thanks to Ronnie Cairns (Beltona Records) for permission to pursue this project. Not forgetting Bill Dean Myatt for lots of help and research thanks guys.

Davey Speirs was my tutor, my friend, and the inspiration for a lifelong passion for music in general, and for guitars in particular, thanks Davey.

Davey Speirs comes from Paisley, near Glasgow, and must be unique among folk singers in that his material is almost equally divided between songs in some way connected with his own Scottish roots and songs which he heard and re-shaped from America.
“As a Paisley boy,” he says the only places I ever knew were Paisley and Glasgow. Paisley which is famous for the Paisley Pattern and for Wilson the Ornithologist, who can be seen today standing at Paisley Cross holding a bird in his hand. And Glasgow which is the biggest, warmest and toughest city in Scotland.

“Unfortunately, unlike some folk singers around, I haven’t had a folk grandfather or grandmother to blame for my material. Apart from Paisley and Glasgow, the other real influence on me was my fathers taste for Negro Blues and Jazz, and also an early EP by Pete Seeger that I came across. The latter was the the first singer I ever heard who seemed to be stripped of any kind of affection.

I spend all my days working and my nights singing, and so I am unable to tell fabulous stories of travel in foreign lands. I sing about Scotland as know it, and also the American songs I like and can feel.”
“I used to run a folk club called ‘The Attic’ and I’ve sung with The Tannahill Folk Four and more recently with Pat and Mary Mulligan. I’ve also recorded with Matt McGinn.”

What does emerge from this, his first LP as a solo artist, is that that he is a singer with warmth, grit, humour and an immediate sincerity. He seems to enjoy the songs, even the ones that are intended as protests; but perhaps this is because they have something to say both above and below the surface. As well as being an interesting singer he is, within the framework of his singing, a commentator on the Scotland he knows and the America he has gradually discovered.

CHARLIE GREEN.
An old Bessie Smith number which she wrote as a tribute to her trombone player. Davey first learned this song from David Campnell.

OH I HAD A GOLDEN THREAD.
One of the songs written by Pete Seegar for a United Nations concert, billed as “Rainbows Quest”. “It should be adopted as an international anthem” Davey says.

I’M LOOKING FOR A JOB.
A Matt McGinn song. Comments the singer: “It takes a humorous look at the ridiculous amount of overtime we men have to work”.

RED MAN.
This was written by David Campbell to express his feelings about the hardships and privations of the American Indian, whose fight for equality is even harder than that of the American Negro, since the Indian cause doesn’t seem to evoke the same emotional reaction as does the Black versus White problem.

THAT’LL NEVER HAPPEN NO MORE. Davey picked up this song from a repertoire of Blind Willie McTell, but has added a few verses of his own. It has a jazz-folk feel and Davey says he enjoys playing as much as singing it.

BLACK LEG MINER.
A violent song from the violent times in Scotland, expressing how desperate men can become if their daily bread is threatened.

HOBO’S LULABY.
The theme of this song has always held an attraction for folk singers. Probably because Woody Guthrie, Cisco Houston, Lec Hayes and other legendary names all took to the road during the American depression years.

LONG JOHN.
A song about the famous character long John Green, a Negro prisoner who outsmarted the prison authorities just whenever he pleased. The lyric describes the chase and the tricks John used to make good one of his escapes.

A MAN OF CONSTANT SORROW.
A traditional number from Kentucky, which sets out to explain the hopelessness so many young men feel when they were forced to leave their homes and seek work elsewhere.

FREE-BORN MAN.
This song was written by Ewan McColl for the BBC programme called “The Travellers”, which looked into the changes of outlook and conditions for the gypsies and tinkers after the arrival of the motorways and automation of the agricultural industry. The lyric simply tells of the life these ramblers have tried to lead, but in the last verse it gives out a grim warning that all of it will soon come to an end.

OH DEAR ME (THE JUTE-MILL SONG).
A song written by a Dundee mill-worker to describe the terrible conditions which existed in the mills during the industrial revolution.

JAMIE RAEBURN.
An insight into the thoughts of a victim of the ‘transportation’ system, whereby Britian colonised her new territories by sending out forced labour. Now people go happily to these ex-colonies for ten pounds!

BACK STREETS OF GLASGOW.
A poem written by a friend of Davey’s, Freddie Anderson, and set to music by the singer. It explains that beauty can come from the poorest circumstances, but is all to often destroyed in the end by the harsh realities of later life.

MOTHERLESS CHILDREN.
A powerful Negro song which Davey first heard from Edinburgh Folk singer, Owen Hand. It tells of the desperate struggle when a mother dies and the father is left to bring up the children.

PACK UP MY BAGS.
Another song written by Matt McGinn. It is an almost totally truthful account of what happened to a boyhood friend of Matt’s who had been in the same approved school. Matt actually wrote the number after coming across his friends file in a Labour Exchange while working there as a temporary clerk. 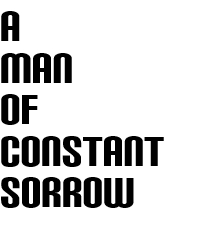 Re-released on CD in 2009 by Cherry Guitars and BLACKMASK LIMITED to mark the 40th anniversary of the albums release.